It was fascinating to see the joint presentation from Steve Rotherham and Andy Burnham yesterday, as they made their pitch for becoming the Mayor of Liverpool and Manchester respectively.

What struck us as refreshing was that neither of the candidates appeared to be approaching this as a strictly political appointment. Granted, there were Labour Party officials supporting the roadshow but the narrative spoke mostly of cooperation and collaboration, particularly between the two Cities.

They both spoke of working closely with whoever got the role of Mayor and would look to incorporate the Mayors of Lancashire and Cheshire as well to create a coalition that had a significant voice in National politics. 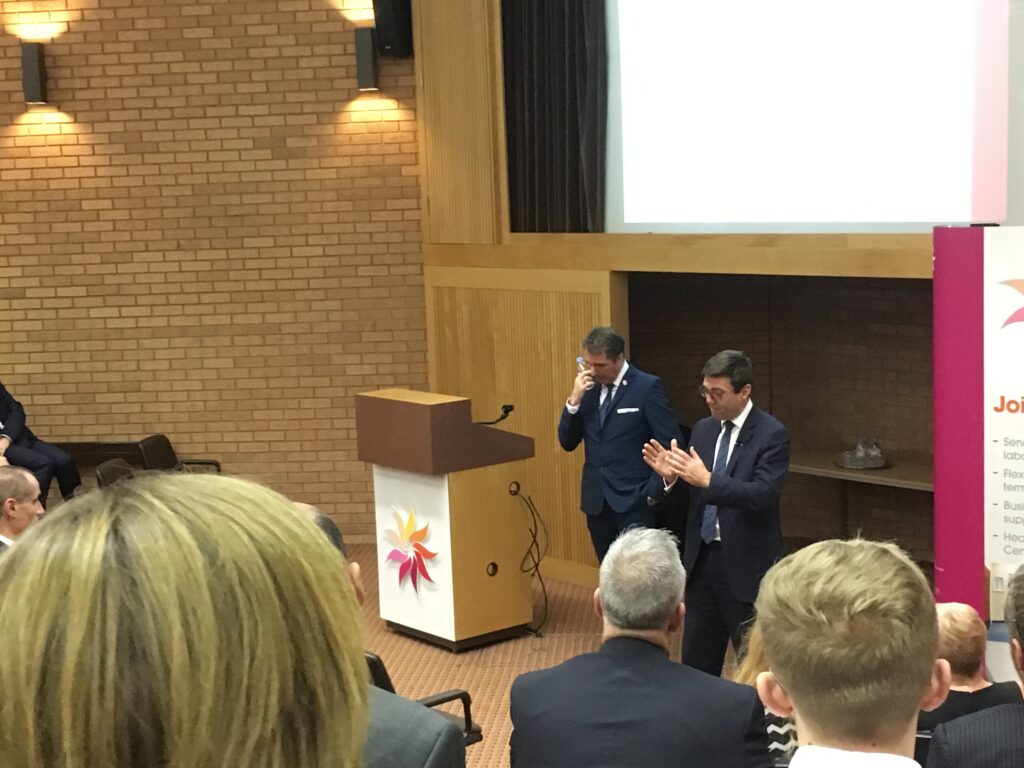 Sure, there is, and always will be, a rivalry between Liverpool and Manchester but both Steve and Andy talked about the two cities working together with Cheshire and Lancashire to create a North West Powerhouse. Working on the basis that there is more that unites us than divides us, they spoke particularly about focusing on business to drive the growth that the North West needs for the future.

Leaving apart the rivalries that will always exist, especially on the football pitch, the realisation that collaborative working between the two cities and Lancashire and Cheshire would create a power base larger than London is a vision worth supporting.

We were lucky enough to ask a question and Andy Burnham picked up the mantle to answer it. The question was asked by Jonathan Guy;

You mentioned opportunities arising from Brexit in your speech, so could both of you tell us one opportunity that you think will come from Brexit?

Andy’s answer was that he felt that the removal of EU regulations around procurement would fit into that category. The sweeping away of EU restrictions on procurement would be instrumental in helping to develop local businesses and would be a kick start for growth across many SME’s in the region. After Andy’s full and articulate response Steve’s answer was “Whatever he said!” which elicited a huge laugh from the audience.

Whoever gets the final job in 2017 as Mayor in these two cities, we hope that the vision and opportunities outlined by these two candidates get towards reality as it promises huge growth opportunities and benefits for all firms in the North West.