And finally, it’s goodnight from DMOZ

DMOZ used to be the holy grail in SEO. Getting a link from DMOZ meant your website would rank higher and it was a mark of a job well done if you could get indexed. 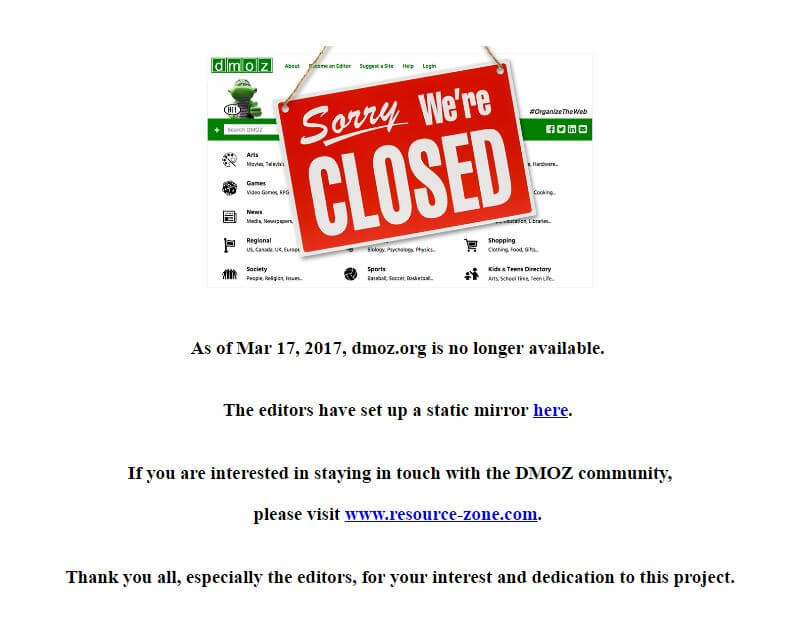 The Open Directory Project used human editors to organise websites and harks back to a time when humans, rather than machines, tried to organise the web.

DMOZ was launched in 1998, the same year as Google, the competitor that would finally put it out of business. It started life as “GnuHoo,” then quickly changed to “NewHoo,” a rival to the Yahoo Directory at the time.

Yahoo had faced criticism as being too powerful and too difficult for sites to be listed in and DMOZ was supposed to be the answer.

But as the internet grew it was doomed. How could humans cope with the scale of expansion of the internet? A machine was needed to sort the problem out and Google did just that.

For anyone with history in SEO, the demise of ODP will be a real shame and marks an end of an era.